​Security and Efficiency in Pharmaceutical Logistics 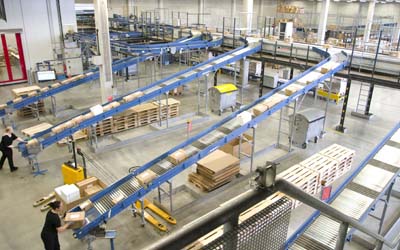 PharmLog Pharma Logistik GmbH, abbreviated to PharmLog, is a German company headquartered in Bönen, North Rhine-Westphalia. It is a cooperation between six pharmaceutical manufacturers and has been responsible for storing, picking and shipping medical products at a central location on behalf of more than 20 pharmaceutical companies since 1995 – with resounding success. In 2017, the company distributed 333 million packaging units, achieving a total turnover of €43.7 million.

To keep up with large volumes, PharmLog opened a second facility in Bönen’s industrial area last year. The new location (Edisonstraße), which is only 1.5 kilometres away from the company’s main location (Siemensstraße), replaces an external warehouse in the business park of Unna-Königsborn, whose capacity limit had been reached. Thanks to the new building, some areas can also now be restructured in order to increase efficiency.

The recently added property, with its 54,000 square metres, is home to a new warehouse for goods and advertising material. It also includes a separate cold storage unit, administrative and staff facilities and a complaint management area. However, these facilities only cover half of the property, leaving ample room for expansion. 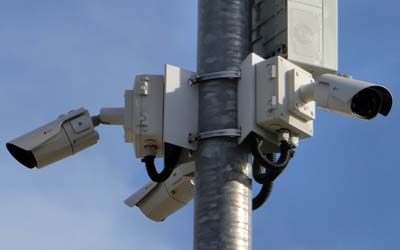 Video surveillance is an integral part of modern logistics. Traditionally, video cameras have been used to protect buildings and goods. Increasingly, though, they help optimise company processes and quality assurance, too. PharmLog’s new and old premises are a case in point. There, cameras protect buildings and goods from burglary, theft, vandalism and damage, but they also do much more than that. Since they document all loading operations, their footage can be analysed to trace back erroneous shipments, for example.

The cameras were installed by Ingenieur Kuss Gesamtelektrik GmbH. The company, which has cooperated with PharmLog for several years, has proven time and again to be a competent and reliable service provider. Being a third-generation family business, which is run by Dipl.-Ing. Thomas Kuss, it can look back to more than 80 years of history. It is based in Soest, a stone’s throw from Bönen, has 70 employees, and specialises in electrical engineering and security technology for customers from the manufacturing industry, business and the public sector.

Seamless integration into the existing system 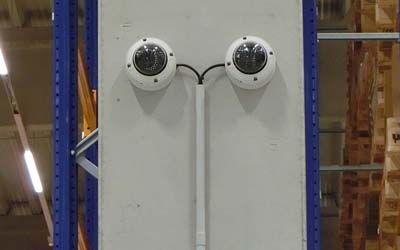 After thoroughly examining the project requirements, the experts from Ingenieur Kuss Gesamtelektrik GmbH recommended their customer to equip its new location with eneo IP cameras and network components.

The decision was based in part on the excellent price-performance ratio offered by the brand. In addition, PharmLog required the new video network to integrate seamlessly with the existing surveillance system at the Siemensstraße location, which was another important factor.

This system is being controlled using a SeeTec video management solution, which allows all eneo IP products to be easily incorporated via the ONVIF protocol. Installation and integration of the new video network were completed this April.

Dirk Loster, project manager at PharmLog, is more than happy with the result: “We managed to integrate the new cameras into the SeeTec system without any problems. The network has been running smoothly ever since, exactly the way it should.” 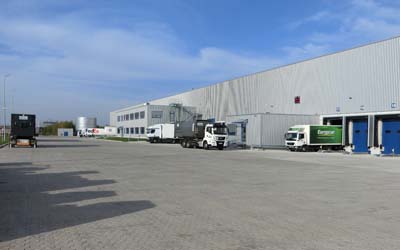 The new Edisonstraße location was equipped exclusively with network-based bullet cameras from the eneo Candid series and IP domes. Each camera has a motorised varifocal lens and a four-times zoom and delivers fully detailed imagery with a maximum resolution of 3 megapixels. Since they are IP66-certified, the cameras are suitable for outdoor use.

As the bullet model is designed for ambient temperatures of between -50°C and 50°C, it is somewhat more resilient than the network dome. With their powerful built-in infrared lighting, both camera types can be used day and night. They also come with a set of video analysis functions, such as motion detection, tamper protection, virtual tripwire with counting function and direction detection and area monitoring. Thanks to the defog feature, video footage will be automatically improved if the image quality is affected by adverse weather conditions.

The cameras’ excellent video quality is not their only advantage, though. In addition, eneo provides a broad range of accessories for the Candid bullet camera series so they can be used in a variety of installation scenarios. At the new PharmLog location, for example, the eneo Easy Installation Box and compatible pole mount adapters are used in combination with the bullet type cameras.

Monitoring the premises on-site and remotely

eneo network components ensure that the cameras are supplied with power and are fully incorporated into the network. The components constitute managed gigabit switches specifically designed for the integration of IP video surveillance cameras into networks or network segments which require monitoring of data traffic and bandwidth. Fibre-optic cables and eneo SFP modules connect the existing system with the Edisonstraße location, where cameras not only monitor the entire façade, the yard and the driveways, but also all entrances, regular and emergency exits of the buildings. Thanks to a live stream of the video being fed to the gatekeepers, they are always aware of what is happening on the premises. Authorised users at the Siemensstraße location can also access the video material remotely and view it any time.

Added value through advice and support 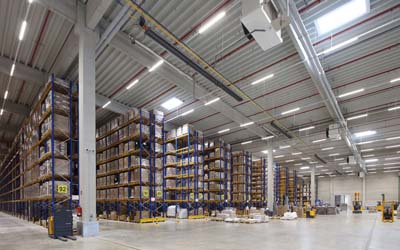 Due to the advice and support provided by VIDEOR’s employees, both the project manager and the service provider responsible for installing the system were pleased with the project. As Dirk Loster remembers: “When soliciting the quote, we were already given excellent advice on project planning and product selection. From the beginning to the end, we could always rely on VIDEOR’s competent advisers for their support. Thanks to their expertise, any technical questions could be resolved quickly and reliably.” The VIDEOR Customizing team was also actively involved in the project, configuring the rack VMS server the SeeTec solution runs on. Meanwhile, Kuss Gesamtelektrik GmbH has begun modernising PharmLog’s main location in Siemensstraße.

Again, both the company responsible for camera installation and the end customer rely on eneo IP video surveillance products when it comes to migrating the former analogue technology to a network-based system.